Text and photos by Dan Weisz

NPR ran a story about the practice of “Forest Bathing”, aka, a retreat to nature which can actually boost your immunity and your mood. You can read or listen to the story at this link: here

I’ve been spending some time at Tohono Chul Park doing just that and, along with the flowers and lizards and butterflies, have come across some interesting birds.

Right at the entrance to the park there was a large cholla cactus with a Cactus Wren nest on it. As I approached, two Cactus Wrens emerged from the nest and flew off, and then a young one emerged and stayed for a while. You can tell it is a juvenile by its brown eye. As an adult, the bird will have a red eye. 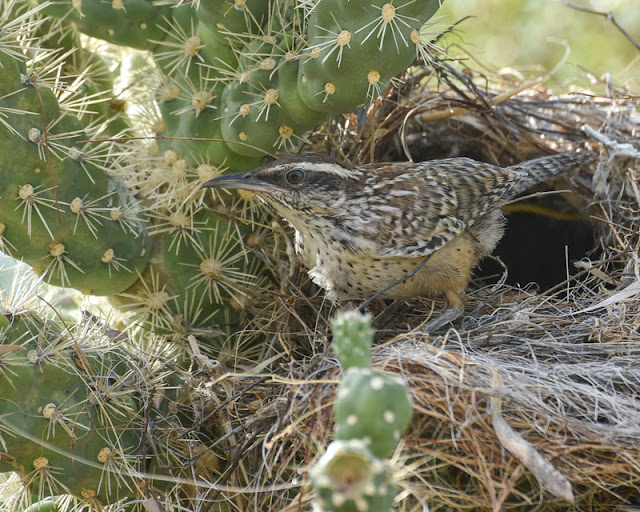 A young, male Costa’s Hummingbird enjoyed the morning sunlight. His gorget is just beginning to grow in. 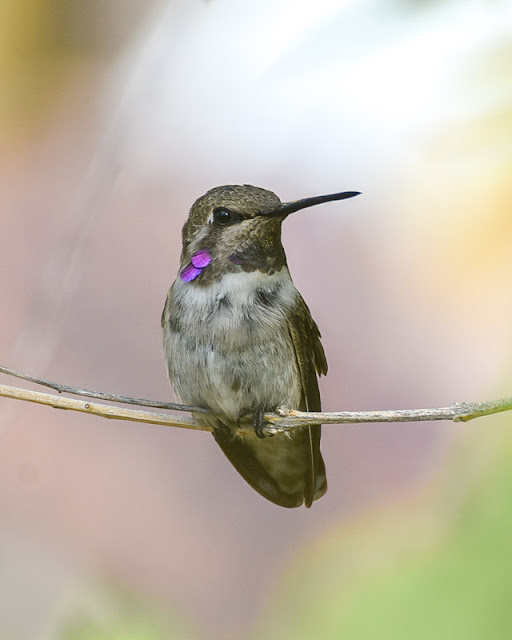 This Anna’s Hummingbird has a beak covered with pollen. 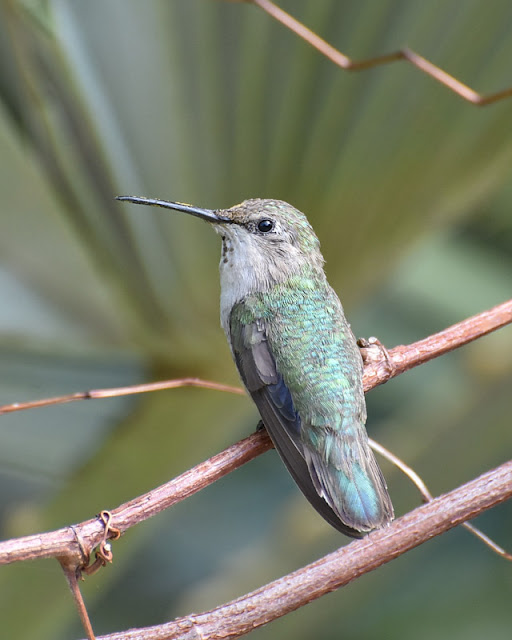 I had heard that a Cooper’s Hawk had a successful nest in the park and that there were three juveniles flying around. While I was sitting on a bench, this one came crashing through the trees chasing a bird. It continued to hunt without any regard for me. Obviously, it is used to people being around. 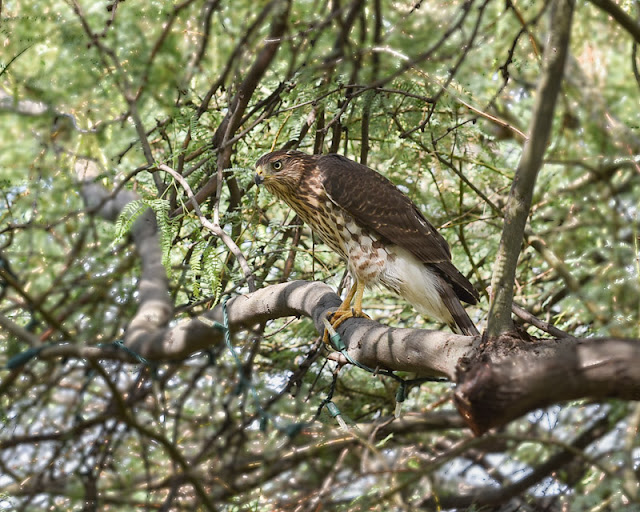 As it hopped from branch to branch, it appeared oblivious to me. The vertical streaking on its cream-colored breast and that yellowish eye tells us this is a juvenile. As an adult, the bird will have a red eye and the breast will be covered with warm reddish barring. 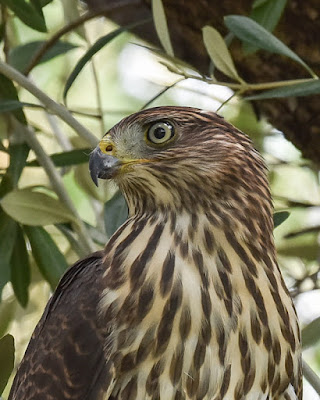 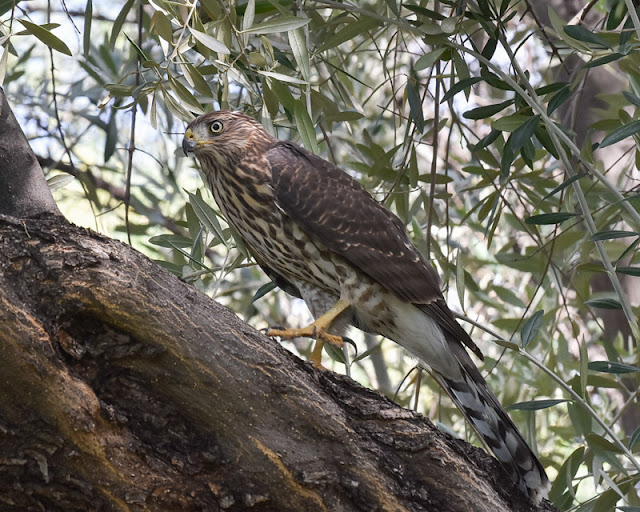 I had also heard about some young Western Screech Owls that had fledged in the park. I was unable to locate them during my first few visits but was determined to find them. Finally, I did find them right where people said they were likely to be. Of course, they were hiding in plain sight buried in this lemon tree. Two are visible here. 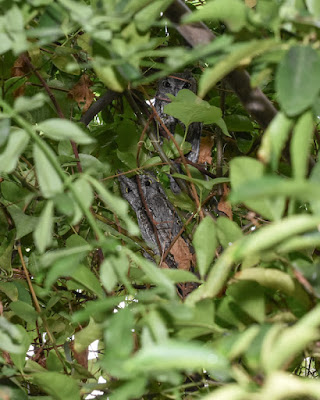 A close-up of one owl finds it behind many leaves and branches. 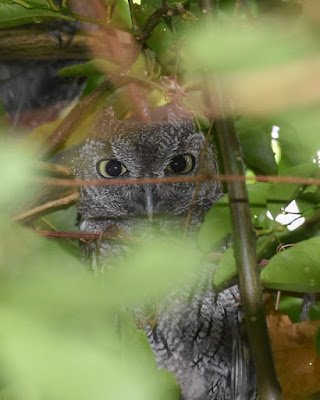 Here is a second perched behind a twig. 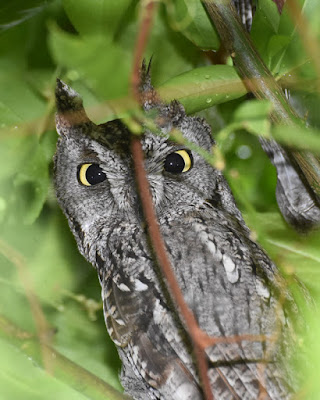 After peering through the tree, trying to find the best window to see the three hidden owls, a docent walked up and said “Oh, you’ve found the owls.” I said, yes, and pointed to where the three were hidden and she asked, “What about this one?” pointing overhead to one owl that was right in the open! This juvenile still does not have its facial disc and still has the juvenile barred feathers on its chest. The vertical striping has yet to come in. What a great sight to finish the morning! 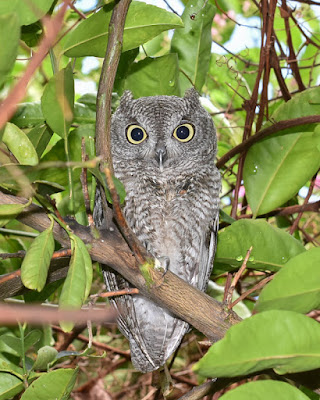 Forest bathing at its finest!