Story and photos by Dan Weisz 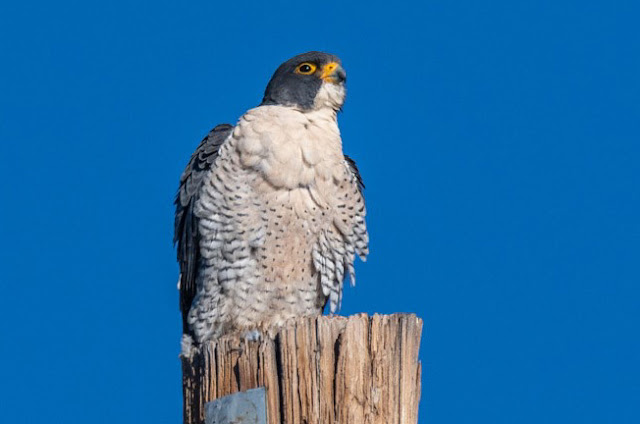 Peregrine Falcons are one of the most widespread birds in the world, found on all continents except Antarctica. These raptors are one of six falcon species found in the United States. It is known as the fastest animal on the planet, having been clocked at speeds of well over 200 mph. So how does this bird begin its flight?

A pair of Peregrine Falcons seem to be nesting on a rocky ledge in the Catalina Mountains, a mile or so north of my house. On many mornings, you can see them on a telephone pole along Skyline Road. When seen, they are either on the lookout for an easy breakfast (most often a Mourning Dove), or are in the process of eating their morning catch. Today’s photos were taken around 8:30 am and this bird appears to have just finished its breakfast. While fluffed up in the cool of the morning, this falcon sure seems to have a bulging crop (the part of his esophagus where it stores extra food while waiting for space to clear in its stomach as the rest of the meal is digested).

The peregrine seemed to be making an effort to cast a pellet. It did not make a sound but repeated the action below twice while I was watching. The passing of pellets allows a bird to remove indigestible material from its crop and helps to scour the gullet clean. 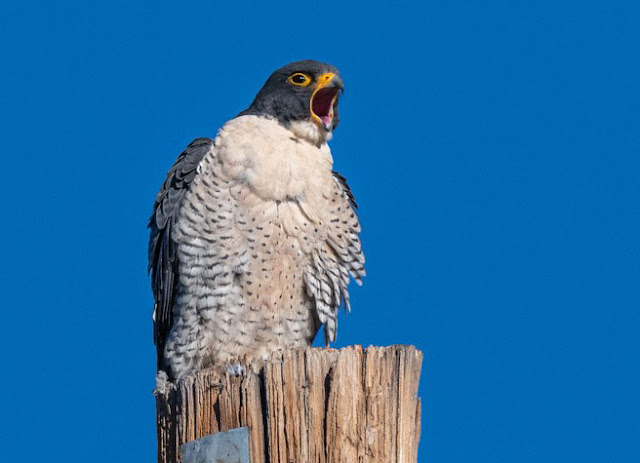 The Peregrine lightened its load, letting me know it was ready to take off. In this horizontal position, you can really see how full its crop is. 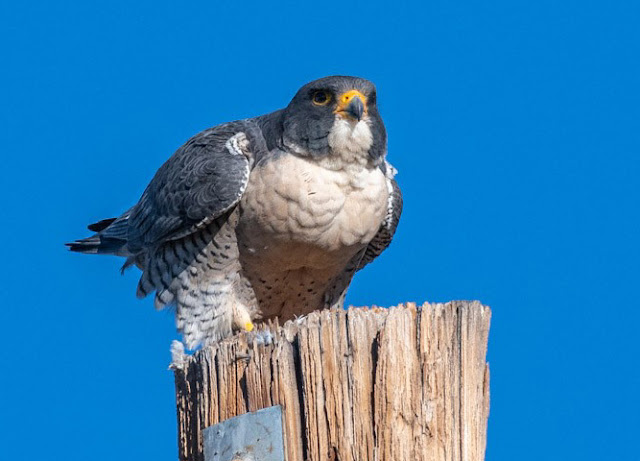 And then, prepare for takeoff! 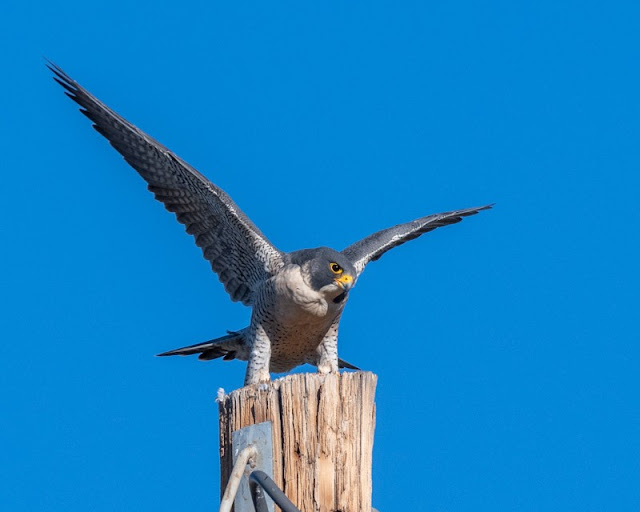 Its tail is spread to help catch more air. 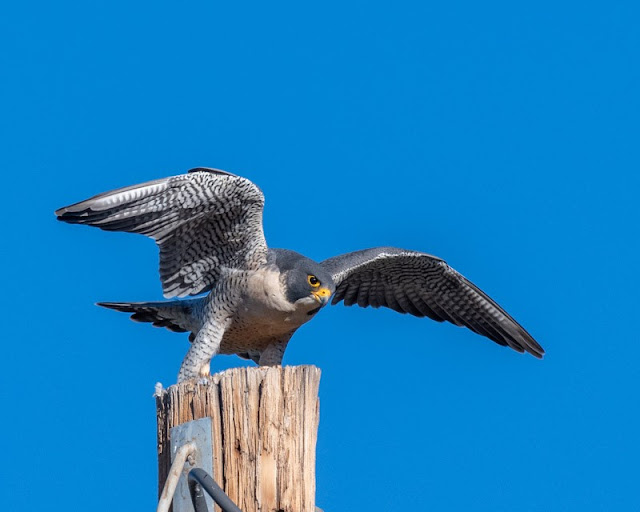 With a big push and strong wing stroke, the peregrine is off. 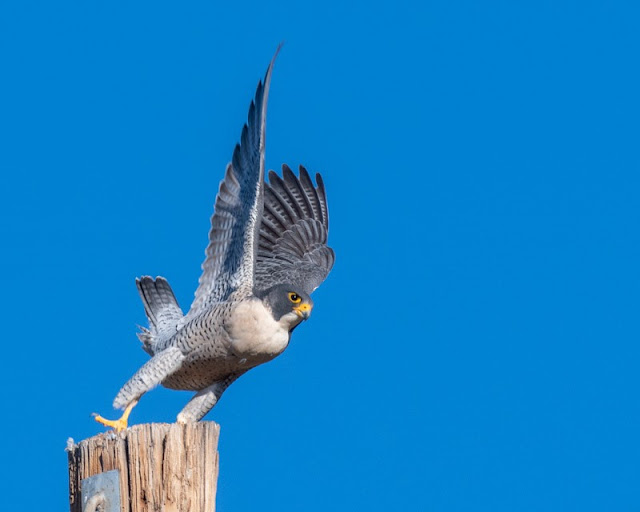 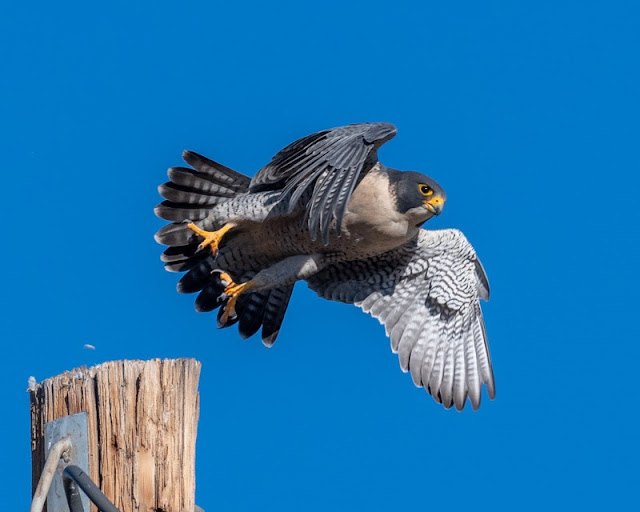 More powered wing strokes as the peregrine brings its tail feathers together. The bulge in its crop is still readily visible. 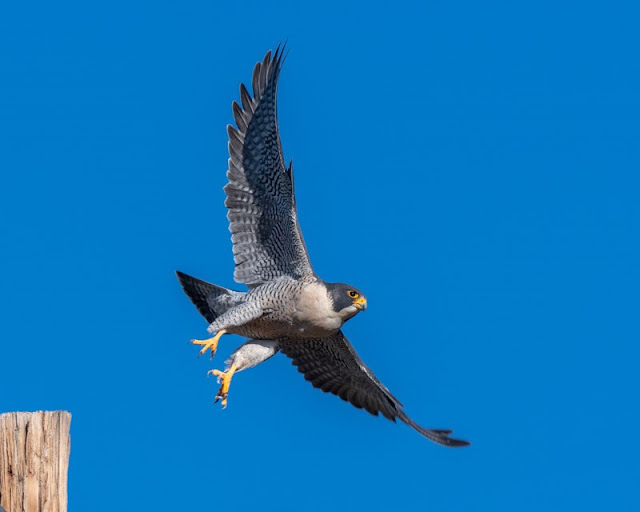 and then the bird turned and headed toward the mountains. 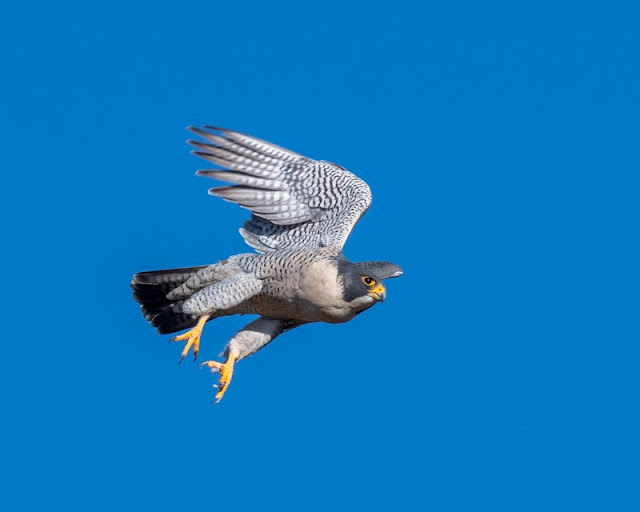 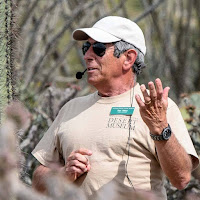 Dan Weisz is a native Tucsonan and retired educator who enjoys birding, being in nature, and taking photographs.